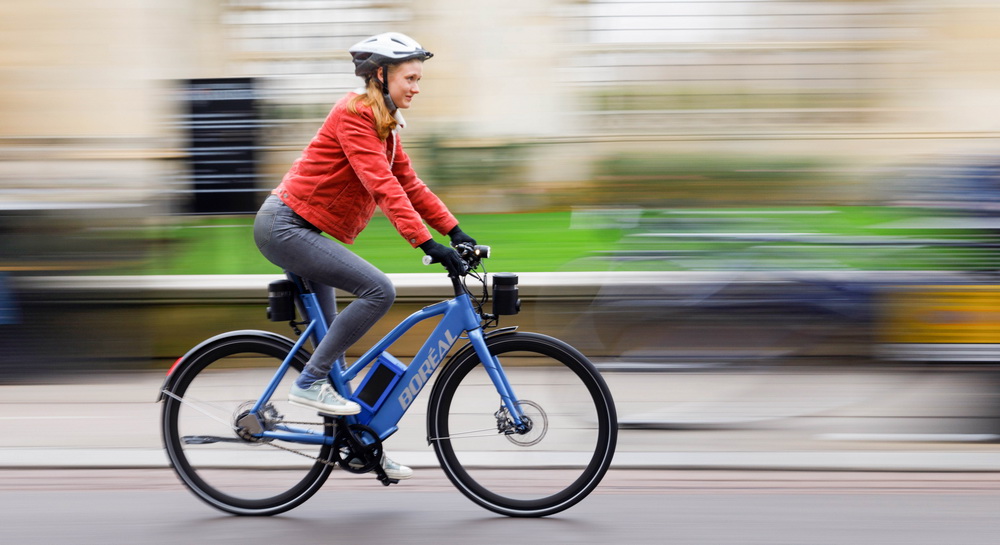 The networking and automation of vehicles offer a great opportunity to also increase the safety of cyclists.An Austrian consortium headed by the Salzburg Research Forschungsgesellschaft is working on innovative technologies to protect vulnerable road users.The focus is on possibilities for cooperative detection of collision risks as well as non-distracting warning concepts.

There is a great need for action when it comes to protecting vulnerable road users: the European Commission wants to reduce the number of people killed or seriously injured in road traffic by 50 percent by 2030. However, the number of accidents has only decreased slightly since 2013; the 2020 target was not achieved. So-called vulnerable road users in particular are at risk: almost half of the people killed in European road traffic in 2018 were pedestrians, cyclists or motorcyclists. 83 percent of the cyclists killed had an accident due to a collision with a motorized vehicle. At the same time, more and more people are switching to bicycles.

Efforts to date have primarily focused on the detection of pedestrians. In the new research initiative Bike2CAV, the focus is on cyclists: companies and research institutions jointly research and test possibilities for the cooperative detection of collision risks for cyclists as well as non-distracting warning concepts.

Connected Vehicles as an Opportunity

Networked and (partially) automated vehicles are increasingly able to communicate with other vehicles and with the traffic infrastructure, such as intelligent traffic lights. Bicycles should be actively involved in the interaction with motorized vehicles. Active communication with bicycles or improved recognition performance increases the reliability of the perception of the surroundings by networked vehicles. But even bicycles without their own perception of their surroundings are included with the help of technologies in order to be better recognized especially by automated vehicles.

Warning of the Risk of Collision for Cyclists

Another focus is dedicated to the non-distracting warning of collision risks for cyclists themselves. So far warning concepts have been investigated primarily for vehicle drivers. In the research project, different concepts for collision warning for cyclists – visual, haptic, acoustic – are being developed.

From Lab to Field: Field Test under Real Conditions

In the research project, wireless communication channels between different vehicles and bicycles are validated for the first time under real conditions. The various methods developed in the project are each tested in two scenarios – on an open-air road and at an urban traffic junction.