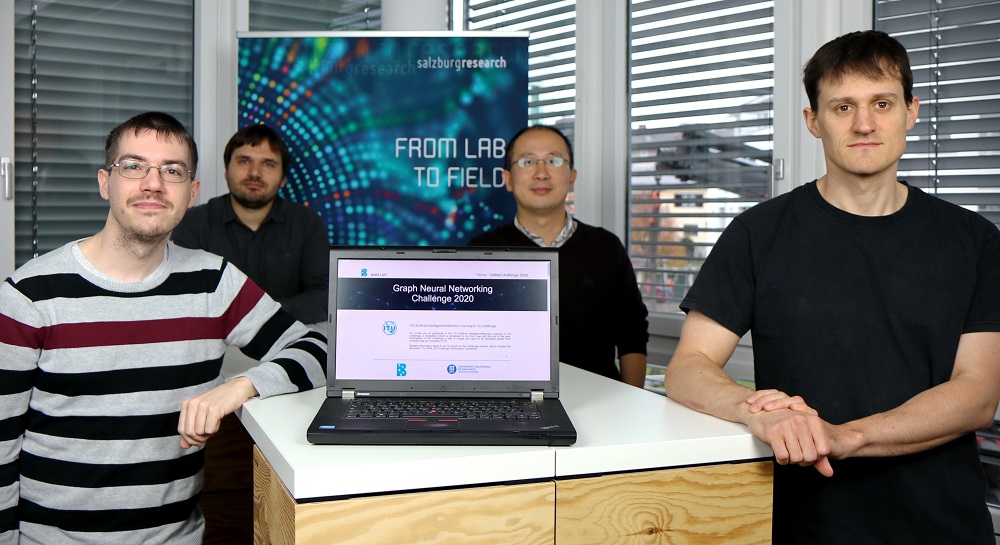 Christian Maier, Jia Du, Martin Happ and Matthias Herlich from Salzburg Research achieved second place in the Graph Neural Networking Challenge with a mean error of 1.95% in predicting the delay.

The Graph Neural Networking Challenge 2020 was held as part of the ITU Artificial Intelligence/Machine Learning in 5G Challenge. The task was to create a solution based on neural networks (artificial intelligence) which would estimate the latency (transmission delay) within communication networks. The solution should predict the resulting mean delay between start and finish. The following three components were given for the challenge:

The teams had almost five months from the publication of the training data set to the submission of the solution. A special feature of the challenge: the participating teams had access to data from two communication networks in advance for the training, but not the communication network for the final evaluation data. As a result, the quality of the prediction for the final data could not be estimated. The Salzburg Research team achieved a mean error of 1.95% with its neural network-based solution. That is, on average, the predicted values deviated from the actual value by 1.95%. With this value, they ended up just behind the first-placed team (1.53%) and were able to clearly distance themselves from the third-placed team (5.42%).

Salzburg Research congratulates on this achievement!