These days, every ski enthusiast keeps an eye on St. Moritz (Switzerland), the host of the Alpine World Ski Championship 2017. As ski and map enthusiast, one of my eyes is always on skiing while the other is on mapping as well, more specifically on community mapping with OpenStreetMap. While watching ski races on TV, I had the idea for taking a closer look at skiing-related features in OpenStreetMap, in particular on the St. Moritz resort, but also skiing resorts worldwide. In this blog post, I conduct an analysis on OpenStreetMap features related to alpine skiing, revealing the evolution of aerial lifts and ski pistes. Following the spirit of the ski world championship, I award gold, silver and bronze medals to outstanding OSM contributors. 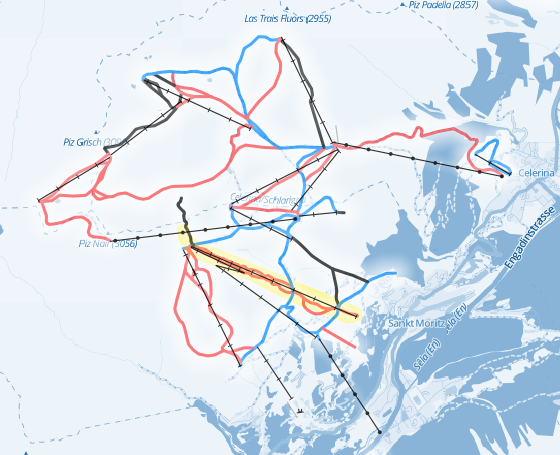 While the local organizers of the Alpine Ski World Championship in St. Moritz prepared racing pistes during the last months, OSM contributors cared about mapping the digital counterparts. Thanks to the OpenStreetMap wiki it is easy to look up the tags for mapping skiing resorts: Land use polygons are used for tagging winter sport resorts, aerial lifts are tagged as line features with tag aerialway (excludes tag values goods, zip line and canopy which are usually not used by skiers) and downhill slopes and tracks are mapped with the tag ‘piste’.

Knowing all about tagging winter sport resorts in OpenStreetMap, I start my analyses using our self-developed VGI Analytics Framework. For the first analysis I want to know when the aerial lifts and pistes in St. Moritz have been mapped. The two following charts show the evolution of the features in the database including the dates when contributors updated them. The illustrations reveal that the majority of aerial lifts have been mapped approximately three years before most pistes (which was certainly not the case with their physical counterparts). Furthermore, the aerial lifts are updated more frequently than the pistes, for example, when additional attributes like the number of seats per cabin are added.

An in-depth analysis of contributions reveals the outstanding contributors for the ski resort in St. Moritz: 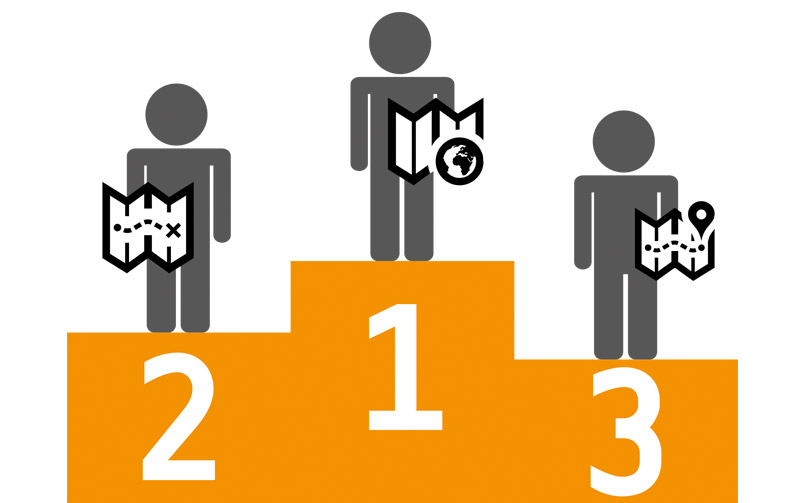 The GOLD medal goes to mgeiser (20 contributions),
the SILVER medal to dkwolf (19) and
the BRONZE medal to schlaudi (16).

The contributor prof Lindicus03 (33 contributions) has been suspended from the results due to problematic mapping behavior.

Although aerial lifts and skiing pistes are mapped very well, the winter sport landuse polygon in St. Moritz is missing. Dear OSM contributors, who will be the winner adding the landuse polygon?

What about other ski resorts?

St. Moritz is an excellent host for the Alpine Ski World Championship, but a real world championship has to go global. For the worldwide mapping championship, I did a simple analysis counting the number of contributions per month. According to this analysis, the editing peaks (blue columns) occur during the winter months on the northern hemisphere, as might be expected. A closer look at the results revealed edits to aerial lifts in La Paz or Barcelona. As Austrian I’m used to aerial lifts taking me to mountain tops, but in other parts of the world aerial lifts have started to play a quite important role as urban mode of transportation.

Another result of my analysis revealed the outstanding mapping performance of contributor dkwolf during the winters of 2014 and 2015: the contributor dkwolf must have received world class training, pushing him to an overwhelming advantage to win the GOLD medal for global aerial lift mapping (13.205 edits). For mapping pistes, the GOLD medal goes to JFK73 (2.315 edits) taking the lead over the lift champion. Walter Schlögl wins the GOLD medal in mapping winter sports resorts worldwide (111 out of 672 winter sports resorts).

Which country has the most aerial lifts and pistes?

For this challenge, the favorites from the Alps region and North America take easy wins. But like throughout the World Championship history, the gaps between the best are small.
This year, the GOLD medals go to Austria (for aerial lifts) and France (for pistes).

I hope you liked the blog post about the results of the OpenStreetMap Ski Resorts Mapping World Championship. If you are an skiing and mapping enthusiast, do not forget to have a look at the great winter sport maps based on OpenStreetMap data offered by waymarkedtrails.org and opensnowmap.org if you go out for winter sports next time.

Do-it-yourself-guide: For analyzing OpenStreetMap data, I use the self-developed VGI Analytics Framework which is available at GitHub, including the settings file (settings_op_generator.xml and settings_winter.xml) used for the presented analyses. The tool reads the Full OpenStreetMap History PBF file and prepares operations which represent all atomic edits by contributors. These operations are merged to create, update and delete actions which are used for the following analyses. A detailed insight into the applied algorithms and selected analyses is available here. 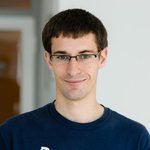 Simon Gröchenig is employed at Salzburg Research as Software Engineer. He focuses on the preparation, analysis and visualization of spatial and temporal data in traffic related projects. His research fields are Location Based Servies and the development of geo-(web)-applications using Open Source technologies.