Salzburg, 5th of December. While new technologies are omnipresent in tourism industry, the cultural sector still needs to catch up. A new research project of Salzburg Research is about to change that now. In combination with cultural tourism experiences such as the European Mozart Ways, the Mozart Cycle Path or the Austrian Pilgrimage Routes cultural heritage should be made sustainably accessible- especially by means of new technologies. The first international expert conference on „Innovations for European Cultural Routes“ provides an insight into that topic from the 3rd to4th  of December in Salzburg`s castle Leopoldskron.

The employment of new technologies is already an integral component in the tourism sector. Innovative approaches in the communication of cultural heritage are greater in demand than ever before. The new research project CERTESS (Euro 1.935.495,00) aims at identifying and promoting innovative solutions in order to convey European cultural heritage in the form of cultural routes.

In search of new solutions in conveying culture researchers strive to benefit and learn from already existing successful cultural tourism experiences. Strategies for successful partnerships as well as intersectoral/cross-industrial innovations between the fields of culture and tourism are of special interest. „In most cases a range of local initiatives are casually scattered along the route and its associated territory, but they have no critical mass, do not involve a systematic approach and have poor coherence. CERTESS thus aims at sustainably developing, managing and adding value to European cultural routes“ (Penelope Denu, Executive Secretary Council of Europa, Director of the European Institute of Cultural Routes, Luxemburg).

Another emphasis lays on conveying cultural heritage in an innovative way. „Nowadays new information technologies shouldn`t be missing in the identification and development of innovative ways. Local enterprises and products along such routes should be adequately promoted and merchandised by adopting innovative immaterial services from the IT-sector such as smartphone, tablet & co“ as explained by national CERTESS-coordinator Veronika Hornung-Prähauser from Salzburg Research/Austria. „As national coordinators we also collect good practices of our regions to give incentives to others – e.g. the Mozart Cycle Path or Pilgrimage Routes in Austria“.

Conveying culture completely differently: The virtual pilgrimage platform „Pilgern in Österreich“ http://www.pilgerwege.at combines traditional as well as new ways to rediscover one`s senses transnationally. These pilgrimage routes exemplify innovative cross-cooperation between cultural, tourism as well as regional stakeholders. „The pilgrimage routes Austria are an extraordinary model for similar projects in the Czech Republic. Due to cooperation activities in the EU-project CERTESS the participating institutions benefit enormously from the expertise of other project partners“ as stated from Martin Peterka, regional coordinator in the Czech region Zlín.

Culturally aware people can travel along the European Mozart`s paths. „Via www.mozartways.com the public gets to know the first important and famous traveling musician“ explained Gerhard Spitz, managing director of the European Mozart`s Ways, a network consisting of cities, regions, touristic, cultural as well as scientific institutions from ten different European countries which W. A. Mozart had visited.

„Mozart spend about a third of his life on traveling across whole Europe. The European Mozart ways offer travel suggestions as regards Mozart`s journeys and concrete recommendations with respect to background information etc. The association was founded in the year 2002 in Salzburg and promotes on the one hand the re-activation of touristic routes and on the other hand co-operations in the field of arts, culture, education, and science, taking Mozart`s life and work into special account.

The conference „Innovations for European Cultural Routes“ deals with current trends and innovative methods to convey European culture and history. More than 35 international experts from regional cultural institutions, governments, the tourism industry as well as from the field of information technology participate in that conference taking place on 3 rd to 4th of December 2012.

The EU-project CERTESS, which started in March 2012 and lasts until the end of 2014, aims at setting up a common methodological framework on how to develop, manage and enhance European Cultural Routes to foster sustainable cultural tourism.

The goals of CERTESS encompass: 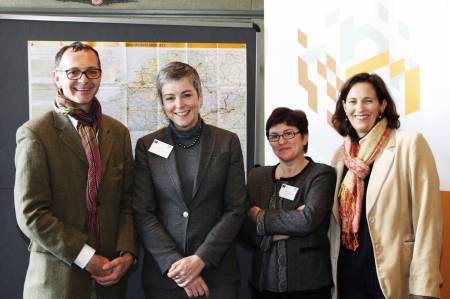 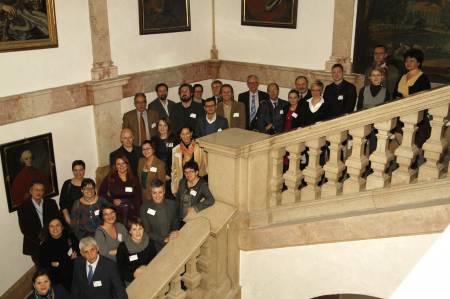 The team of the European project searches for new ways of conveying European cultural heritage until 2014.